The University of Nairobi is happy to share news of the candidature of Hon. Albino Mathom Ayuel Aboug for the position of President of the Pan African Parliament which seats in Midrand, South Africa. 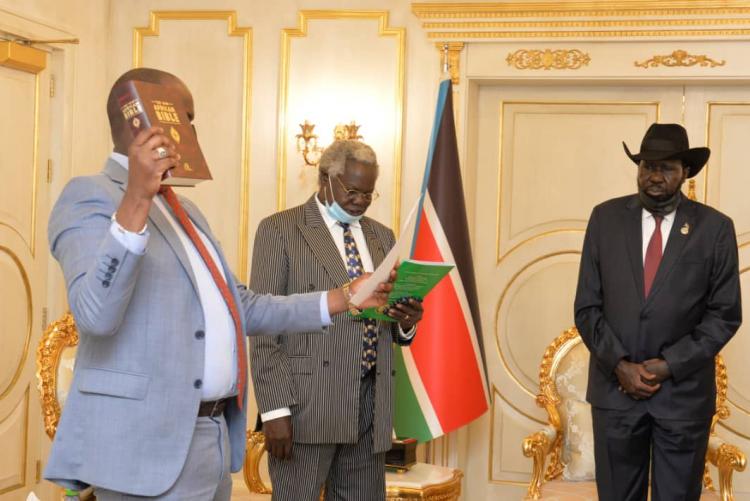 Hon. Aboug graduated from the University of Nairobi in 2018 with an Upper class honors Bachelor
of Arts degree in History, Communication and Political Science.

He is the Special Presidential Envoy for the President of the Republic of South Sudan, H.E General, Salva Kiir, and the leaders of the South Sudan delegation to the Pan African Parliament. Hon. Aboug secured overwhelming support from the East African Caucus to represent the region in the Bureau of the PAP in May 2021. However, the final phase of the two stage elections process was disrupted and the vote was postponed to the 29 of June 2022.

Prior to his appointment as Member of the Pan African Parliament, Hon. Aboug served as the inaugural Ambassador on Youth Affairs for the Pan African Parliament. He was appointed to the role by the late president of the Parliament H.E Hon. Bethel Amadi from Nigeria. He also served as the Presidential Envoy for President Denis Sassou-Nguesso of the Republic of Congo during the peace initiative for the Central African Republic from 2013-2015.

END_OF_DOCUMENT_TOKEN_TO_BE_REPLACED

© University of Nairobi 2023.  All rights Reserved.